According to aboriginal dreamtime legend, a beautiful black maiden by the name of Murrawar lived on the banks of the Noosa River.  Murrawar fell in love with the rainbow which came to visit her every morning as she clapped her hands and sang to her lovely rainbow.  One day Burwilla, a wicked tribesman, stole Murrawar for this slave.  Murrawar worked all day while Burwilla sat in the shade admiring his evil spirited killing boomerang.  His boomerang was larger than the largest tree in the forest.  After some time Murrawar managed to run away running along the beach as fast as her legs could carry her.  Burwilla’s boomerang was chasing her and as she called out for help she fell to the ground too frightened to run.  Suddenly a loud noise in the sky saw Marrawar’s faithful rainbow racing towards her across the sea.  The evil spirited boomerang attacked the brave rainbow and they met with a loud roar and thunder, killing the boomerang and shattering the rainbow into thousands of little pieces.

As the coloured pieces of the rainbow landed on the beach the sand dunes magically transformed themselves into the coloured sands they are today. 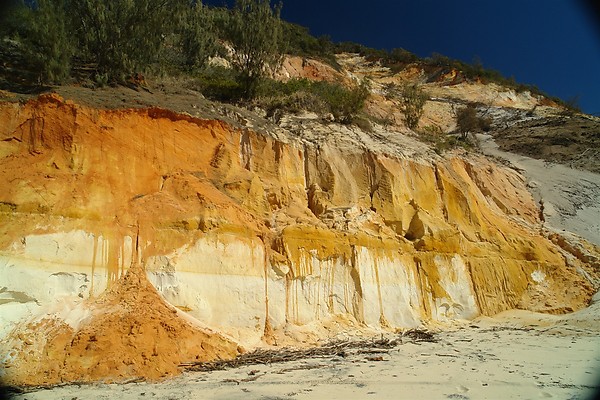