Fraser Island, surrounded by salt water and formed entirely by sand, supports over 100 freshwater lakes and numerous creeks.  The most visited lakes are perched dune lakes such as Lake McKenzie and Lake Birrabeen, which have sparkling blue water ringed by white sandy beaches and eucalypt forests.  Perched lakes sit upon a layer of humus impregnated sand or “coffee rock” formed from accumulating organic matter and sand cementing together into a largely impervious seal.  Perched lakes are dependent on rainfall for the maintenance of water level.  There is a slow loss of water from perched lakes due to evaporation and seepage through the coffee rock.

Most lakes are only visible by air – but Lake McKenzie is ideally situated approximately 25 minutes inland track drive north from Central Station rainforest.

This pristine perched lake is approximately 65,000 years old and a wonder to behold and relax in.  A designated picnic area along with showers and washrooms allow for a fantastic experience at one of Fraser Island’s most popular destinations. 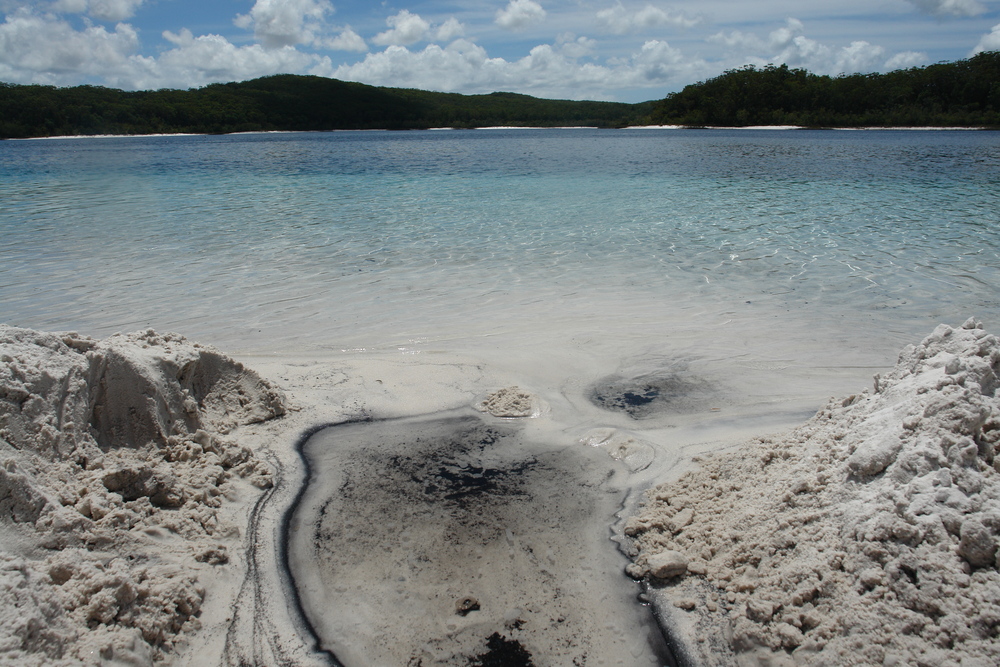 One of the most popular destinations on Fraser Island, Lake McKenzie can be visited on a one day trip.